We didn’t intentionally plan this, but scheduling vagaries put us on three train trips to three canyons over three weeks in March.  A triple header spring fling.  Two of the trips were part of Road Scholar’s ‘Scenic Railroads of Arizona’, the first of which was a 4-hour, 40-mile round trip on the Verde Canyon Railroad along the beautiful Verde River.  The Canyon is rimmed with Sedona-like red rock cliffs and buttes, and the non-stop eye candy of colored rock, riparian forest and rushing water is impossible to turn your back on.  Coach car seats are assigned, but once the train pulled out, we moved to an open-air car and stayed there for the duration.  At an average speed of 10 miles per hour, we had plenty of time to take photos and look for birds, which included Turkey Vultures, Common Black Hawks and a posing Bald Eagle. 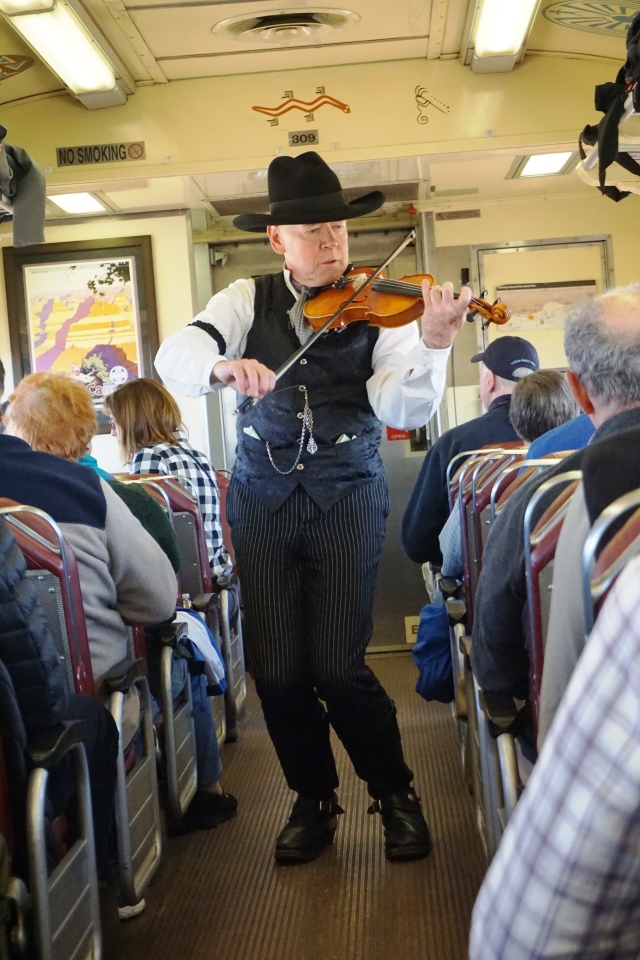 The second Road Scholar ride was quite different, but equally rewarding.  The Grand Canyon Railway runs from Williams, Arizona across the Coconino Plateau to the South Rim of the Grand Canyon, a 65-mile, 2-hour trip that descends from ponderosa forests to upper Sonoran prairie and then climbs back to pine, fir, aspen and spruce at the national park.  Wildlife, including pronghorn, is likely along the way, but the faster pace of this train and lack of open-air cars make spotting and photography more problematic.  So instead of trying to focus on slipping scenery, we enjoyed a fiddle-playing comedian and a colt-toting marshal.  Once in the canyon, birding wasn’t any easier, considering the constant distraction of sweeping vistas and plummeting depths.  They don’t call it grand for nothing.  Even so, you can count on Steller’s Jays, Dark-eyed Juncos and, if you’re lucky, California Condors. 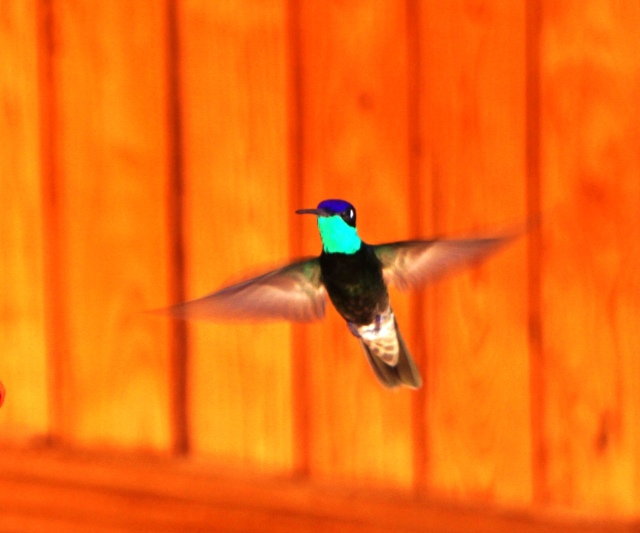 Our third trip was a train adventure on steroids, taking three legs of the daily trains between Los Mochis and Chihuahua, Mexico.  Two passenger trains depart every morning, one heading east from Mochis and the other heading west from Chihuahua, each traveling 400 miles on a single track and somehow never colliding.  To board this adventure, we chose to take some friends and drive 600 miles south to El Fuerte, in the overly-publicized state of Sinaloa. From El Fuerte (312 feet above sea level) to Posada Barrancas (7,300 feet) are 80 miles of special interest, since they travel into and through the Copper Canyon, crossing high bridges, passing through long narrow tunnels and looping elliptically to gain precarious elevation. All this while surrounded by copper-colored rock walls (hence the name), spectacular waterfalls and hillsides of pink-blossomed amapa trees. 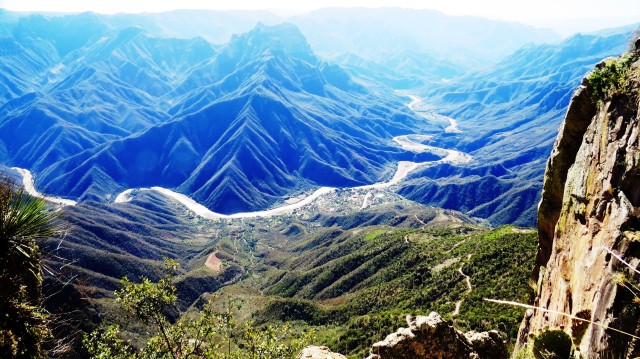 There are three great hotels at El Fuerte, Cerocahui and Posada Barrancas, and we put together a trip that included 5 overnights, including side trips to Mexico’s 800-foot Basaseachi Falls, Cerro Gallego, with a glass bottomed platform that juts out 6,000 feet above the canyon floor and an eco-park that features the world’s longest and probably highest zip line, a single run 3 miles long that reaches 80 miles per hour.  Of the three hotels, the most breathtaking is the Mirador, 7,400 feet above sea level and perched on the very edge of the canyon.  Every room features a canyon-side balcony, and if you can pull your eyes away from the view, you can find birds like Mexican Chickadees, Black-eared Bushtits, Painted Redstarts and Blue-throated Hummingbirds.  The challenge is giving up the view, even for a hard-core birder.

(This article was published in the May, 2017, issue of the Saddlebag Notes Newspaper, Tucson, Arizona)

A lifelong naturalist, Bob's avocation is birding, including field observation, study, photography and writing. He spent a career in computers and consulting, but his free time has been spent outdoors backpacking, fishing and enjoying nature firsthand. Bob has traveled extensively, exploring and photographing above and underwater in Indonesia, Malaysia, Thailand, Cambodia, Egypt and throughout the United States, Canada, Mexico, the Caribbean, Central and South America. Now retired, as an amateur ornithologist Bob studies, photographs and writes primarily about birds of the Western Hemisphere. Formerly the Feature Writer for Latin America and Caribbean Travel at Suite101.com, he has been Suite101's Feature Writer for Birds and Birding since January, 2010, and has received seven Editor's Choice awards, which are listed below. Bob also writes a monthly birding column for a newspaper in Arizona, and his work appears in the travel magazine, Another Day in Paradise, published in Zihuatanejo, Mexico. His blog, Birding the 'Brooke and Beyond, discusses birding, travel and other topics in Southeast Arizona and beyond. Bob is a member of the National and Tucson Audubon Societies, Western Field Ornithologists, Arizona Field Ornithologists, the American Birding Association and other birding and conservation organizations. Bob and his wife, Prudy, live in the Santa Catalina Mountain foothills near Tucson, Arizona. To date, Bob has received Suite101 Editor's Choice awards for the following articles: • Birding by Cruise Ship in the Caribbean • The Xantus' Hummingbird, Baja California's Only Endemic Hummer • Birding the White Mountains in and Around Greer, Arizona • The Greater Roadrunner, New Mexico's State Bird • Where to Find Steelhead on the Lower Deschutes River in Oregon • Birding La Bajada near San Blas, Mexico • The 2008 Christmas Bird Count at Estero del Yugo in Mazatlan
View all posts by Bob →
This entry was posted in Birding the Americas and tagged Copper Canyon Mexico, Copper Canyon train, Grand Canyon Arizona, Grand Canyon Railway, Magnificent Hummingbird, Mirador Hotel Barrancas Mexico, Verde Valley Arizona, Verde Valley train. Bookmark the permalink.