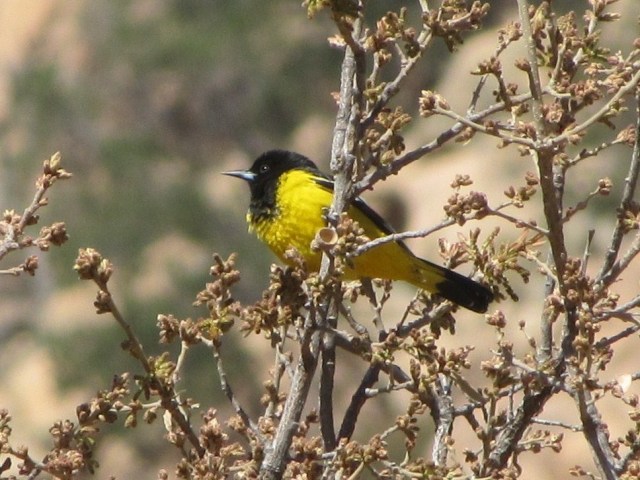 Southeastern Arizona is a magnet for birders, drawing them from every state in the Union, as well as from just about everywhere else in the world.  And more than a few residents, myself included, moved here at least in part for the birding.  There are good reasons for this interest—the mixed habitat, ranging from Sonoran Desert to conifer-forested mountain sky islands, temperate year-round weather and proximity to Mexico’s exotic birds are three of the most important.  Within this national birding hotspot lies the hottest of all hotspots, Cochise County.

Cochise County is as southeastern as you can get in southeastern Arizona, occupying some 6,200 square miles in the lower right-hand corner of the state, bordering New Mexico to the east and old Mexico to the south.  If this space were back east, it might have four of our fifty senators—it’s nearly as big as Connecticut and Rhode Island combined.  The county is probably better known for its western and military history than its birding, being home to Tombstone and Boot Hill, but it has plenty of recognizable natural attractions, as well.  This is where you find Kartchner Caverns and the Chiricahua National Monument.  Anyone with even marginal interest in birding will also recognize a number of other Cochise County attractions, such as Willcox and the Whitewater Draw, San Pedro House and the river of the same name, Patagonia, the Paton House, Sonoita Creek Preserve, Sierra Vista and its famous hummingbird canyons:  Ash, Brown, Carr, Miller and Ramsey.  You could bird this area all year long, and thousands of people do.  For the jaded or anyone  wanting to get away from the crowds, however, the county offers lesser-known and under-appreciated alternatives.  After all, if you’re a bird, it all looks a lot alike from the air.  One of my favorite under-birded pieces of Cochise County real estate is the Dragoon Mountains sky island, and its most accessible spot, the Cochise Stronghold Campground.

The Dragoon Mountains and Cochise Stronghold

One of Arizona’s many ‘sky islands’ (isolated mountain ranges that rise above a ‘sea’ of surrounding desert), the Dragoons (don’t you love that name!) cover a 25-mile stretch of habitat that ranges from grassland to oaks, pines and granite spires.  The highest point is Mt. Glenn, at 7,519 feet, and one of the most accessible features is the Cochise Stronghold Campground, a National Forest facility that is nestled into colorful rocky forest 5,000 feet above sea level and 90 miles from Tucson.

The area is so named because this is where the famous Apache leader, Cochise, evaded capture for nearly 10 years while continuing retaliatory raids against settlements that had driven his warriors into the mountains.  Eventually, Cochise made peace and died of natural causes on a reservation in 1874.  Jeff Chandler did a fairly good job of playing Cochise in the movie, Broken Arrow (1950), but it’s probably best that Cochise missed it.  Cochise is actually buried somewhere in the Dragoons, but no one alive today knows where.

Birding and Accommodations near the Stronghold

Birding is worthwhile anytime of the year in this area, and there are rarely any crowds.  I can’t recall ever seeing any guided field trips.  There are some nice trails leading out of the campground, wandering through some beautiful country under spectacular spires and granite cliffs, and the treed campground itself is a haven for birds.  Spring and summer examples include Scott’s Oriole, Painted Redstart, Black-throated Gray Warbler, Bridled Titmouse, Cordilleron Flycatcher and Plumbeous Vireo.

You can stay in the campground, naturally, but it is more limited than might be expected.  There are only 10 individual sites and 2 group areas, though I have never seen it full.  This might be because there is no water.  The forest service rents a couple of historic houses close to the campground, including the 100-year old Shaw House.  These are pretty rustic and you have to bring your own bedding, but you get electricity, a fireplace, a refrigerator and water.  You also get outdoor seating with stunning views of the Dragoons.  Cochise was no dummy.  When it came to picking a stronghold, he lived by that wise real estate maxim:  location, location, location.

A lifelong naturalist, Bob's avocation is birding, including field observation, study, photography and writing. He spent a career in computers and consulting, but his free time has been spent outdoors backpacking, fishing and enjoying nature firsthand. Bob has traveled extensively, exploring and photographing above and underwater in Indonesia, Malaysia, Thailand, Cambodia, Egypt and throughout the United States, Canada, Mexico, the Caribbean, Central and South America. Now retired, as an amateur ornithologist Bob studies, photographs and writes primarily about birds of the Western Hemisphere. Formerly the Feature Writer for Latin America and Caribbean Travel at Suite101.com, he has been Suite101's Feature Writer for Birds and Birding since January, 2010, and has received seven Editor's Choice awards, which are listed below. Bob also writes a monthly birding column for a newspaper in Arizona, and his work appears in the travel magazine, Another Day in Paradise, published in Zihuatanejo, Mexico. His blog, Birding the 'Brooke and Beyond, discusses birding, travel and other topics in Southeast Arizona and beyond. Bob is a member of the National and Tucson Audubon Societies, Western Field Ornithologists, Arizona Field Ornithologists, the American Birding Association and other birding and conservation organizations. Bob and his wife, Prudy, live in the Santa Catalina Mountain foothills near Tucson, Arizona. To date, Bob has received Suite101 Editor's Choice awards for the following articles: • Birding by Cruise Ship in the Caribbean • The Xantus' Hummingbird, Baja California's Only Endemic Hummer • Birding the White Mountains in and Around Greer, Arizona • The Greater Roadrunner, New Mexico's State Bird • Where to Find Steelhead on the Lower Deschutes River in Oregon • Birding La Bajada near San Blas, Mexico • The 2008 Christmas Bird Count at Estero del Yugo in Mazatlan
View all posts by Bob →
This entry was posted in Birding Arizona and tagged Cochise County Arizona, Cochise Stronghold, Dragoon Mountains, Shaw House. Bookmark the permalink.